“Talking about Yeti or Bigfoot or Sasquatch… I’m sure that they exist.” - Jane Goodall. From Lewis and Clark describing seeing ape-men in their journals to Theodore Roosevelt writing and believing to be true the story of a fur trapper whose friend was killed by Bigfoot, tales of Sasquatch predate colonization of the Americas. With dozens of photos, video recordings, and even audio recordings out there it’s no wonder this reclusive beast still tantalizes our imagination. The highest concentrations of sightings, second to the Great Northwest is the Florida Everglades where the skunk ape, a cousin of the Bigfoot is still purported to lurk today. 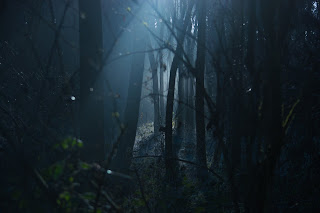 Bigfoot's Cousin
The Chickasaw tribe called him Lofa, the Choctaw tribe called him Shampe. Sightings of The Ape-Man range across the entire continental United States. The swamp-dwelling Bigfoot is commonly known as the skunk ape named so for its pungent unmistakable odor, that of sulfur or rotten eggs. According to the experts, the skunk ape is most commonly seen in highly uninhabited areas with an abundant water supply and supposedly living in alligator caves and caverns deep in the swamps. Since the Everglades protection area is over 800 square miles of swamp and marshland, receiving over 60 inches of rain a year (almost double that of the Northwest) it seems like a perfect habitat for this elusive creature.

Skunk Ape Research Facility
Dave Shealy, who first saw a skunk ape when he was just a boy, has been pursuing the monster his whole life and has seen the creature three times since, capturing it on film more than once. He set up the Skunk Ape Research Headquarters in the Everglades where he has several exhibits and funds his research. If you one of those hoping to capture the Bigfoot or his cousins on film in the next Patterson–Gimlin sensation, you should know that Floridians have spotted the creature from Port Everglades to Everglades city. Fortunately, Port Everglades is close to the Ft Lauderdale Airport, so if you fly in it should be relatively easy to find lodging in Port Everglades and start your cryptozoology tour from there. Yet the worthiest area to hope for a sighting is deep in the reserves, which hosts perils of its own, as the Everglades are full of alligators and pythons, as well as many other prehistoric dangers.

There are still sightings reported of the Yeti in the Himalayas as there are the Sasquatch in the Sierra Nevada and Cascade Mountains. The Skunk Ape has been reportedly seen across Mississippi, Louisiana, Arkansas, Tennessee, The Carolinas, and Florida. Although the ape-man may be shy and elusive and it’s existence heavily debated, there are those to this day that recount stories both mysterious and terrifying. If you decide to hunt him down yourself, beware.
​
Posted by Margie Kay at 1:31 PM