I had a strange experience while at a networking meeting on December 12, 2017 in Overland Park, Kansas. During this event 150 people sat across from each other at a narrow table for three minutes, then at the sound of a bell moved down one chair to speak to the next person. It is called speed networking. Anyway, during this event I kept my reading glasses on so I could read nametags and business cards while visiting with each person, and because of that people's faces and eyes were magnified.

I probably talked to about 36 people, but one stood out. She had deep blue eyes and seemed normal except for one thing - her pupils were oval shaped rather than round, and there was a strange shape at the top of each one, two half-circle shapes on each eye at the top of the pupils and above them, which allowed part of the pupil to show through in those spaces. This made the pupil an extremely odd shape.  I've never seen anything like it. Since her eyes were such a very dark blue color, almost black, this is something that I don't think people would notice unless they were in a bright room and very close to her.

Margie Kay can be contacted at margiekay06@yahoo.com

Posted by Margie Kay at 12:37 PM No comments: Links to this post 1/31/18: In the past two weeks three witnesses have seen a creature with gigantic wings in Independence, Missouri – and one was my own. This, added to the three giant bird sightings already on file- makes SIX sighting reports in the same area. (Note: see my updated article with a total of 12 giant bird sightings as of 6/26/2019)

The first sighting was reported by a woman who was headed to her car after work on the evening of Friday, January 12. She heard sounds like soemthing was flapping and running on the ground towards her from behind her. She thought the flapping sound was a plastic tarp that was tied over a crate, but she thought the running sound was someone chasing her. She did not look back - but ran to the car door and jumped into the driver’s seat, then quickly closed and locked the door.

At that point, the woman noticed that there was something black in her rear-view mirror, then the entire car became enveloped in very large feathered black wings from the back around the side windows, and finally covering the front windshield. She was petrified. She could not see anything through the windows except blackness and could not see the body of whatever it was. Then, as quickly as it came, the giant creature disappeared. She did not see where it went. She was too afraid to get out of the car, so she called her son, who was still inside the building where they both worked.

A check of the security camera at the business showed nothing on camera during the time of the event, other than the woman running to her car and getting inside. Since there was no wind that night, the flapping sound could not have been the plastic tarp. What could have made sounds and be visible to this woman, and not show up on a security camera?

The next evening, I would see my own giant creature. I was outside on my deck sitting in my hot tub at about 11:30 pm when I heard a sound that drew my attention to the trees located on railroad property in back of my house. These trees are on the opposite side of the tracks and they are about 100 feet away from where I was located. I saw a pair of gigantic wings spread out across the front of the trees as if a huge bird was sitting on a branch with its wings out. I could barely make out an indefinable body shape between the wings. It was dark out with the only light coming from the streetlights 300' feet away. Then movement caught my eye to the right in trees on my property. There were several undefined dark masses in these trees that were moving but silent. I turned back to look at the huge wings but they were gone. I noticed that there was no wind and it was dead calm, as it was the night before. I could not tell if the creature left, or if it may have still been sitting in the trees, but I decided not to stay to find out. This was just too weird for me, so I went inside the house and locked the door.

A couple of days later I received a call from Jean Walker, a local investigator I often work with. She said that a woman saw a giant bird the size of a small plane flying over her house in Sugar Creek one evening this past week at about 11:00 p.m. This location is near the Missouri River and Independence. The witness often sees UFOs over her house, and at times has seen ET’s. Both Jean and I have seen and heard strange things at this person's house, but never a giant bird.

In 2013 there was a giant bird sighting in east Independence by a local woman and her two sons. She said that this creature flew silently over her house and was the size of a small plane. It had a long straight tail with a puff of feathers at the end of the tail. I did some research and could find no such bird listed anywhere. I then called the Missouri Department of Conservation and they knew of no gigantic birds like I described.

In 2015 my daughter, grandson, and I were standing in the front yard of my office in Independence at dusk when we noticed a very large bird flying overhead. It was flying very high (approx. 1,000 ft) and was extremely large. My grandson took a picture of it, then looked up the shape on an app. The closest thing he could find was an albatross, which is not found in this area. We don't know if there is any relation to the recent sightings.

Is it possible that some type of gigantic winged creature is flying the skies over Independence and landing on cars?  If so, where is it hiding out? Perhaps in one of the many caves in the area or trees or bluffs along the Missouri river, which is just a few miles away from most of the sighting locations mentioned, and blocks away from the Sugar Creek sighting event.

It should be noted that a giant bird was reported along the Missouri River near St. Louis about 15 years ago. The witnesses said it looked like a Pterodactyl. We have no way of knowing if it was the same bird, or a species related to the same bird that is being seen in Independence, however, the Missouri River flows from the Independence area to St. Louis. The creature may be something that is navigating along the river. There are numerous caves and bluffs along the river areas where something big could hide.

Several people have speculated that this creature is the Mothman, and is a portent to a coming disaster.

I submitted an inquiry to the Missouri Department of Conservation and here is what they said:

"The largest bird wingspan in Missouri is a bald eagle at 80” (just shy of 7 feet). A bald eagle would be fairly easily recognizable and would not perch on a car, but soar high above or seen perched at a distance. A turkey vulture would, however, perch on a car and has a wingspan of 67” (about 5.5 feet). Not large enough to cover an entire car, though.

No bird in Missouri has a 20-25 feet wing span. The largest wingspan of any flying bird is the critically endangered California Condor, only found in tiny pockets in the far west."

I would like to hear from anyone who has also seen similar creatures, no matter where you live.

Joshua P. Warren discussed these events on his podcast on February 18, 2018
http://www.buzzsprout.com/127013/645529-joshua-p-warren-daily-when-mothman-flies-over-your-house

Margie Kay is the director of Quest Investigation Group. Contact her at www.margiekay.com or margiekay06@yahoo.com.

Posted by Margie Kay at 10:27 AM No comments: Links to this post

How Can Tarot Readings Improve Your Mental Health? 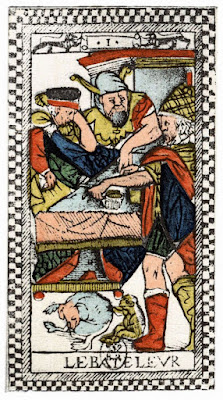 If you turn to tarot readings or mediumship to discover your future or understand any messages that a loved one who has passed away wishes to relay, then you are just one of the many Brits who feel the need to connect with something greater than their own individuality. Tarot and other readings can be fun, enlightening, and useful in turn, often depending to a great degree on the talent and authentic gift of interpretation possessed by the reader. However, these practices may also bring you a benefit you may never have suspected: improved mental health and wellbeing.

Spirituality Plays an Important Role in Wellbeing
It is interesting to note how, in the past decade, Western science has undertaken study after study showing the measurable benefits that spiritual-based practices bring; yoga, Tai Chi, and meditation in particular have all been found to reduce stress levels, because of their ability to keep the mind in the ‘here and now’, and because they usually involve controlled breathing and the coordination of body and mind.

Some recent studies have found spirituality promotes happiness in children and adults alike. One 2014 study showed that spirituality can actually protect against major depression; in particular, activities such as meditation and religious practice cause a thickening in certain parts of the brain cortex, helping us keep depression at bay. The effect is even more pronounced in people who are predisposed to mental illness.

Is Spirituality Limited to Stipulated Practices?
In order to lead a spiritual life, being part of an organised religious group is not required. While studies have shown that being active in a religious community can indeed help us fight mental illness and provide crucial support, the benefits of spirituality can also be enjoyed by those who pursue it in an individualised manner.

Feel free to be creative when delving into spirituality. Practices such as Reiki and tarot readings can improve our mental health by deepening our connection to a greater life force. However, they also make us more introspective and aware of our inner world. These practices help us achieve the sometimes elusive state of mindfulness, in which we are relaxed enough to identify thoughts and emotions (both positive and negative) and allow them to exist.

In daily life, we often feel the need to ‘repress’ difficult thoughts, yet the purpose of mindfulness is to recognise that they exist, without allowing them to lead us into a self-destructive state.

If you wish to avail of the many benefits that spiritual practices can bestow on your mental health, by all means feel free to experiment with everything from yoga, right through to Tarot, and Tai Chi. When you are taking part in these activities, allow yourself to just ‘be’, opening your senses to the beauty, pain, and magnificence of the Universe.
----------------------------------------- 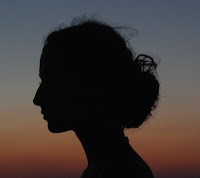 Posted by Margie Kay at 3:59 PM No comments: Links to this post