Renowned Ufologist Stanton Friedman suffered a heart attack on Friday Night. Friedman says it was a mild heart attack and he is resting comfortably in the hospital.

Stanton's nephew, Paul Kimball, said the following:
"So the news has gone public that my uncle Stan Friedman had a heart attack Friday night. I was at our family reunion in Fredericton first thing Saturday morning setting things up when a cousin popped in and informed the few of us there that early of the news. We were, of course, all concerned, but the "show" went on. His immediate family (my aunt Marilyn, my cousin Melissa) made it to the reunion later that afternoon and said that he was doing well in the hospital, and that he was grumpy that he missed the gathering. Quintessential Stan!

He's having some tests done this week. I'm pretty sure that Stan wouldn't want folks to make a big deal of this, and hopefully people will respect his privacy and his family's privacy until he's back in action. Knowing him, I have little doubt that this will be sooner rather than later!"

P.S. Here is a front-page article that ran about Stan in the Fredericton Daily Gleaner this past Saturday, 28 June 2014. 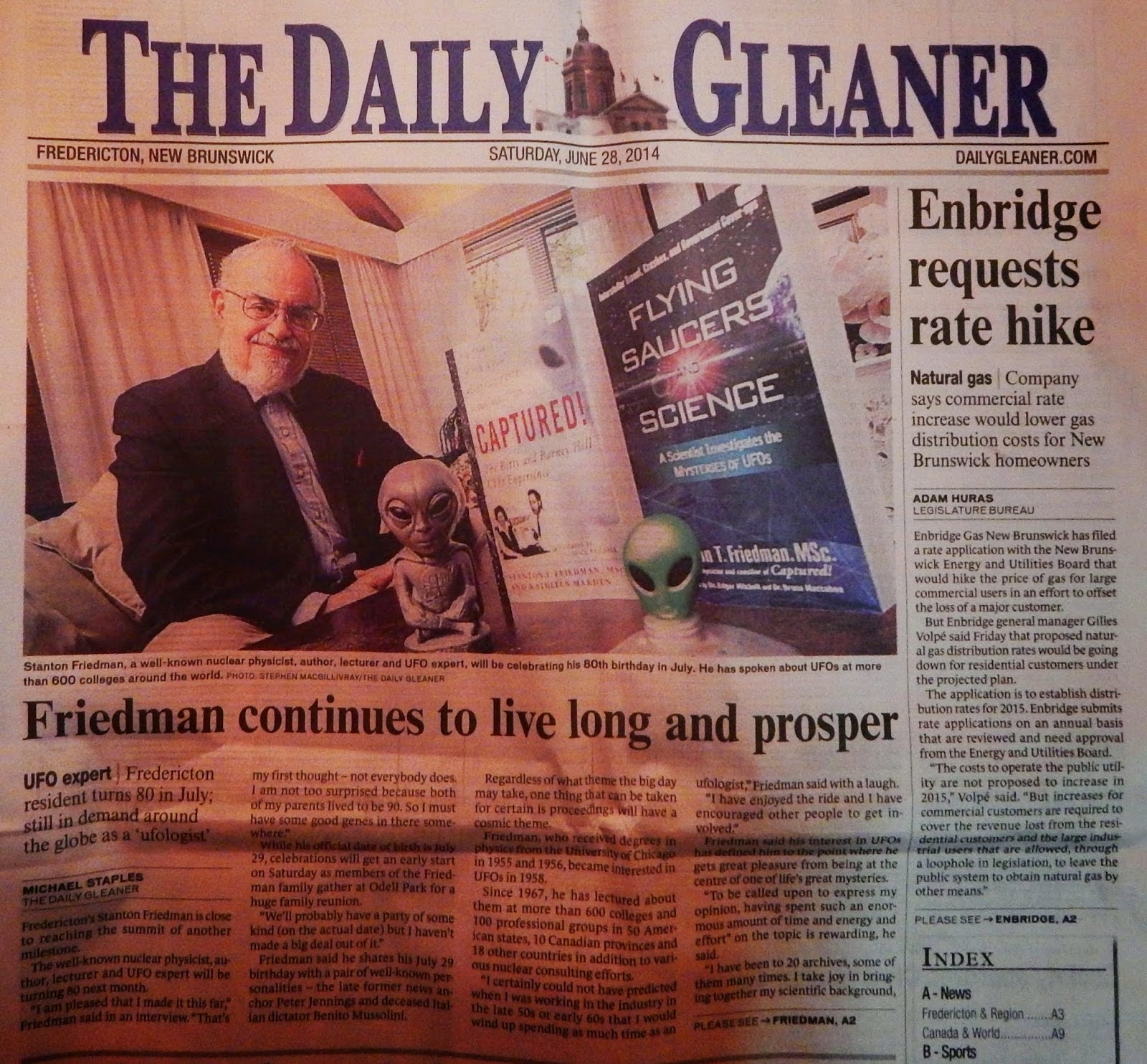