Art Campbell to speak at Paragon UFO conference Aug. 1 and 2 at Blue Springs

We have invited Art Campbell back to the Paragon UFO Conference.  He plans to review many years of fascinating events and finds.  Hear the humorous side of a contact with ex-President Truman.  Learn about early contactee George Adamski, claiming he was taken to Iowa from our own Kansas City train yard.  Art will show a fascinating video of astronaut Ed Mitchell, (Apollo 6) making a UFO disclosure to a British rock radio station.  Art's nephew Joe Cartwright, a well-known Kansas City jazz pianist, does the background music.

Art brings us very different research and unique materials, not seen at other UFO conferences.  In addition to metallic debris, he has some fascinating finds including a tiny shoe sole.  For the first time, a UFO speaker will show depictions of materials found at the crash site, dealing with UFO anti-gravity.  Art Campbell has been interested in UFO research since the 1950's.  He was an early NICAP investigator and chairman of a NICAP chapter in Kansas City, MO.    Donald E. Keyhoe said:  "It is impossible to name the hundreds who have been outstanding, but I am especially indebted to Richard Hall and Mr. Arthur Campbell of the Kansas City NICAP affiliate."

In 1994, with a map from a local rancher and his wife, Art visited a UFO crash site on The Plains of San Augustin.  He, with his partner, Chuck Wade, have found a phenomenal amount of material and ha it scientifically analyzed.  His book, Finding The UFO Crash at San Augustin, contains nearly 100 photographs,150 pages and detailed lab analyses. 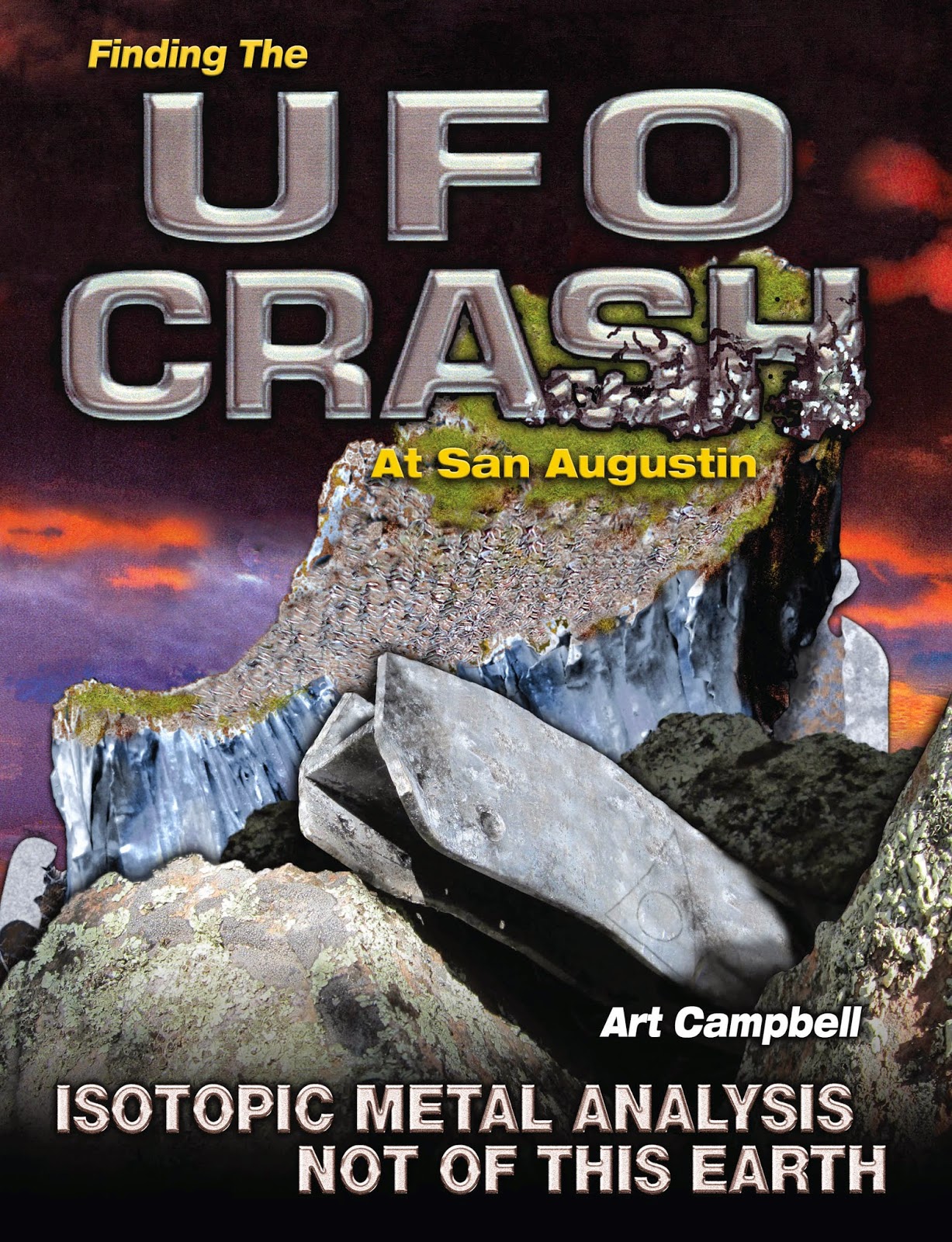 Art and his team's discovery of the San Augustin crash site is exceptional  and over 26 people have been involved in the project since 2004.  He says, "Some researchers get excited about microscopic finds from UFO crashes.  We could cover the bottom of a wheelbarrow with our debris."  Art continues, "Apparently the craft skipped on a nearby hillside and left considerable wreckage."  Art wants conference goers to access the science reports and make up their own minds..  He continues, "It's all there.  We're holding back nothing."  The science reports are available through Art's website www.ufocrashbook.com. He will have a life-size visual display at his table, of the debris, in addition to his talk to the large group.

Art is one of our own.  He graduated from UMKC and the Kansas City Art Institute. Art is a Navy veteran, having served his country during the Korean War at Naval air facilities and the USS Boxer CVA 21.  He is now a retired teacher and school administrator living in Oregon.