Margie Kay will present Haunted Independence, at this free lecture on Monday, October 28, 2013 at the Trails West Public Library,

Find out about all of the very haunted locations in and near Independence, Missouri that were investigated by Margie Kay and the Quest Investigation Group. The list of haunted sites may surprise you.  We'll concentrate on sites that are open to the public so you can plan your own personal visit.  Get ready to be scared just before Halloween!  Weather permitting we will visit a haunted park after the lecture so bring your camera and EMF meter!  Margie Kay is the director of Quest Investigation Group publisher of Un-X News Magazine, and author of Gateway to the Dead: a Ghost Hunter's Field Guide, and Haunted Independence.

Book signing after the lecture. Free admission.  No one under age 16 allowed.

Note: Margie is available to speak to groups about paranormal and UFO investigations. Contact her assistant, Tamie Dorsch at tamie_dorsch@yahoo.com for more information or call 816-833-1602.

www.margiekay.com
www.unxnews.com
Posted by Margie Kay at 8:47 AM No comments: Links to this post 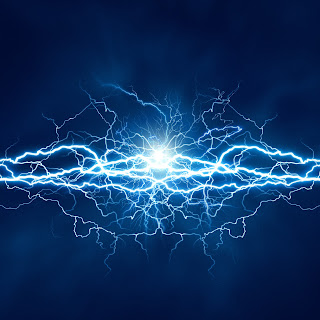 YouTube is full of recordings and videos of strange sounds still being heard worldwide.  It seems as though there was a bit of a lag for the past few months, but in September the reports started to increase yet again.  People from all over the world—Slovatka, Canada, Russia,  and across the United States have been reporting these unexplained sounds for some time, yet no explanation has been forthcoming from scientists or our governments.

In St. Louis, very loud screeching sounds and mechanical noises woke people from their beds and brought them into the streets at 3:00 a.m. in the morning, yet civil authorities claim they know nothing about the cause.

What is causing these inexplicable sounds?  Is our Earth’s core slowing down and causing a shift in the magnetic field?  Are the recent solar flares responsible for electro-magnetic field changes?    Or is it sounds of the apocalypse?

The deafening silence from our government may be an indication that SOMETHING IS UP.

Posted by Margie Kay at 9:15 AM No comments: Links to this post


Biophysicist Dr. W. C. “Lefty” Leavengood passed away September 28, 3013 at his home in Grass Lake, Michigan with friends nearby. Levengood was a retired member of the Physics Department of the University of Michigan, and a former professor of Biophysics at the Institute of Science and Technology.

Willaim Levengood was the owner of Pinelandia Biophysics Laboratory in Grass Lake Michigan and was well known for his pioneering work in the area of plant biology. Leavengood studied plants found in crop formations, doing biochemical and biophysical analysis of plants and soil anomalies. He printed his findings in the journal Physiologia Plantarum in 1994 and 1999.

In his 1994 paper Levengood found that certain deformities in the grain inside the circles were correlated to the position of the grain inside the circle. Among his findings were that bent plants produced five times the normal amount of seed compared to plants outside a crop circle. He also found that plant stems appeared to be blown out from the inside, indicating that the plant had been exposed to microwave radiation. He found similar traits in crops at cow mutilation and UFO landing sites. Levengood also wrote the paper “A Study of Bovine Excision Sites from 1993 to 1997,” published  through his laboratory.

Leavengood tested and studied individuals who have been in contact with ET's and people like Edd Edwards, finding that he and others like him were able to produce high levels of energy which may facilitate healing and other actions. Levengood discovered glassy particles in the dust of individual's homes who suspected they had ET contact. His paper “Evidence for Charge Density Pulses Associated with Bioelectric Fields in Living Organisms,” (Journal of Subtle Energies and Energy Medicine) covers this subject.

Levengood was commended by researchers in the UFO and Crop Circle community for his serious study of anomalous phenomena. He was one of only a few researchers worldwide with an impressive list of credentials, well-respected in academia, who breached normal protocol to cross the line into uncommon study.

William C. Levengood was a consultant for BLT Research Team, Inc., headed by Nancy Talbott.  BLT Research supplied many of the plants for  study. Their combined paper “Dispersion of energies in worldwide crop formations” and other scientific papers are available at www.bltresearch.com.

Posted by Margie Kay at 1:23 PM No comments: Links to this post